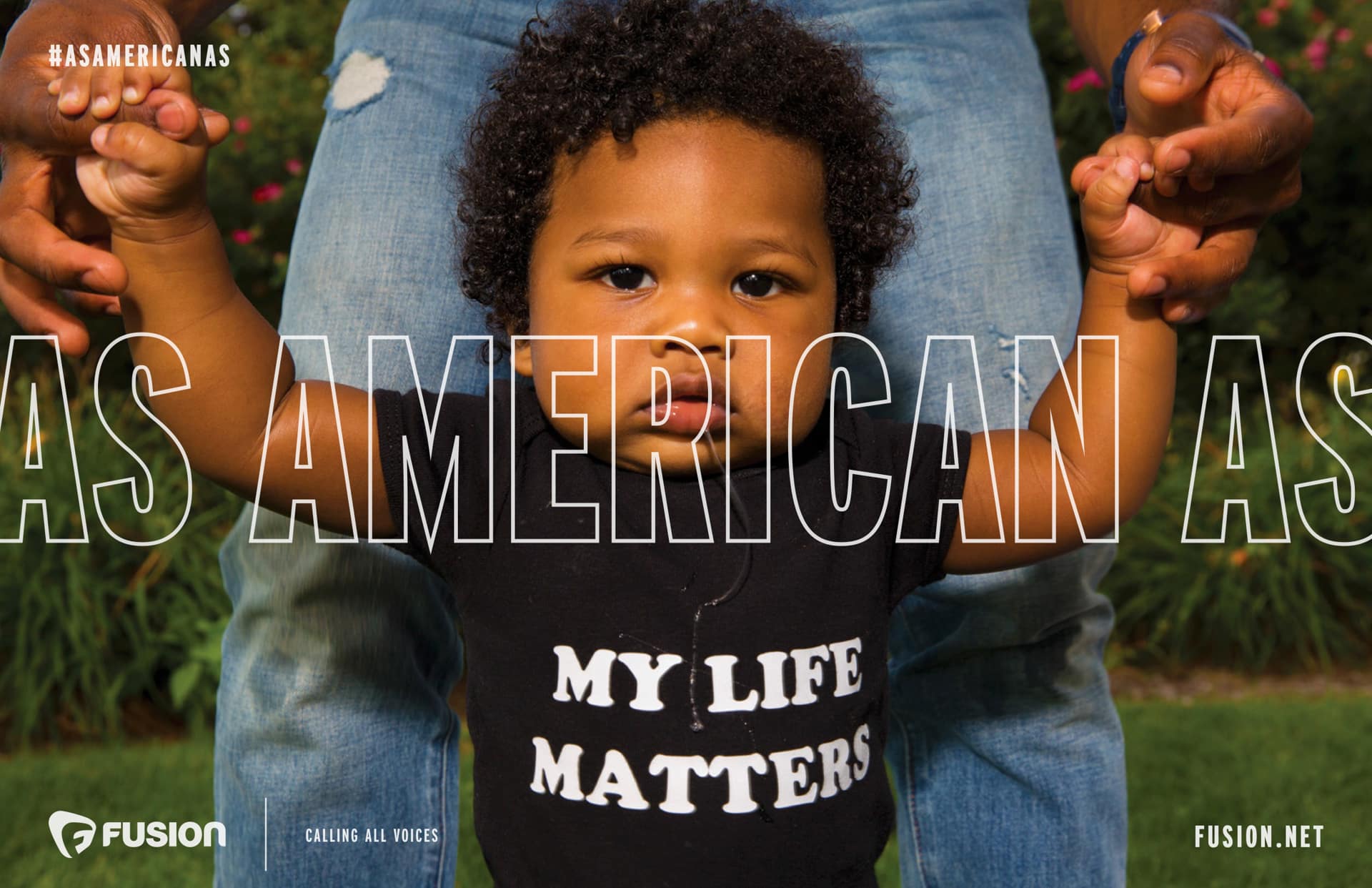 Fusion cable television and satellite news channel’s primary audience is a diverse group of English speaking millennials. In 2016 Fusion’s agency, SS&K approached the Verbatim team to help with their next campaign which aimed to show how diverse America really is. Documentary filmmaker and photographer, Gillian Laub was awarded the project. Fusion’s tagline, “As American As” aimed to shine an authentic light on the diversity of the US population and the follow up effort, “Calling All Voices” was to get everyone to talk about it. Fusion wanted real people in real situations for the campaign and they were drawn to Gillian’s profound portraits and seasoned track record exposing racial issues as an award-winning documentary filmmaker.

Each subject featured in the campaign was a real person and Gillian lead the creative direction with her proposed subjects and situations. The subjects included: An inter-racial couple with a baby, the incredibly colorful participants of the West Indian Day Parade, A same-sex couple, a Drag Queen, and elderly pot smoking woman and many more. The final images and accompaning video’s were exhibited on college campuses as well as outdoor advertising. The campaign was most viewed on social media using the hastag #asamericanas and #callingallvoices which enabled the public to talk about how diverse America is.

The William and Flora Hewlett Foundation: Women of Empowerment by Jonathan Torgovnik