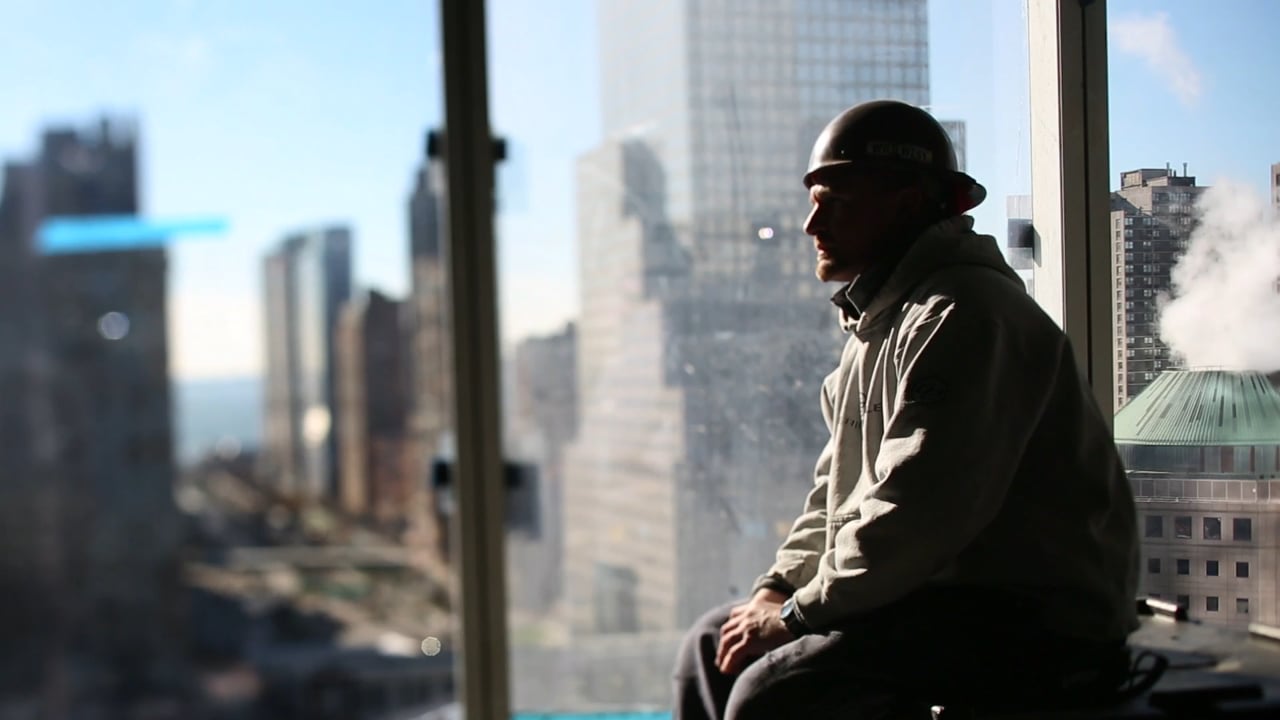 After 12 years of anticipation, the tallest skyscraper in the Western Hemisphere is ready for its close-up.  How 10,000 workers lifted 104 floors, gave a new life to and international symbol and created one spectacular view.

Every day of the week for five years, in the dim hours before dawn, Tom Hickey left his house in the far reaches of Brooklyn and made his way across the East River to the tip of Manhattan. He is a fourth-generation ironworker; his grandfather worked on the World Trade Center’s original transportation hub, and his father helped build the north tower. Hickey was just a few blocks away when planes slammed into the Twin Towers on Sept. 11, 2001, and he is one of the nearly 26,000 workers who have labored to build a new tower in their place. With Rise, director Shaul Schwarz chronicles how Hickey and his fellow ironworkers helped turn the nation’s most hallowed pile of rubble into a 1,776-ft.-tall icon.

Shaul says of the project, “This building is a little bit personal for everybody, but it’s deeply personal for those who were there on 9/11. Many of the ironworkers were right there and participated in what was called the bucket brigade after the attacks. It makes sense, on one level, because these guys work with heavy metal and would know how to lift it, but I think it’s in their DNA. They are this clan that thought they could help, and I don’t think any of them thought at the time, “We’re going to rebuild this building.”

There’s a bond between these guys that’s unique, and we wanted to capture it. They’re ordinary people doing extraordinary things. The next building they build will be extraordinary too, but it didn’t start as a pile of rubble from hell.”

From Passion to Practice